IRAN-OMAN B2B EVENT In this event, companies with the potential to produce high quality products, equipped with the
Selected Articles

Benefits of business with Iran

The country of Iran is a very flexible and active economy, placed in the Middle East surrounded by a modern network connection and a special strategic situation. Iran is an important constituent of the ancient silk road for over 4000 years. 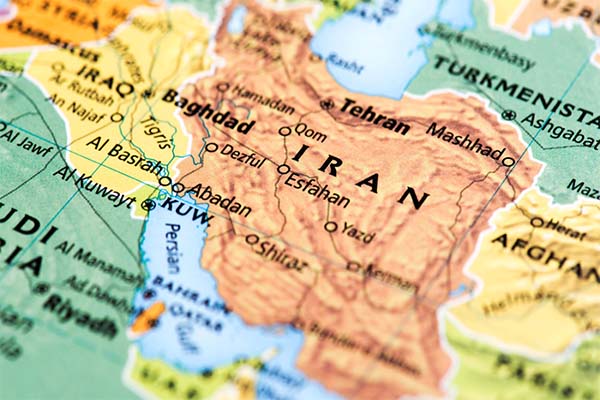 The country has an extremely advantageous position between Asia and Europe. It plays an important role in the international trade lying between the Mediterranean Sea, the Caspian Sea and the Black Sea.

In this article, we want to describe some attractive potential of Iran which persuade any country to business with Iran. Cost is one of the most important parameters in business and you can business with Iran at a reasonable price. It should be mentioned that the natural resources of Iran are several and plentiful. So, Iran is the best place and choice for investment.

Iran`s population is around 80 million and most of the population are young highly educated workforce who give salary between US$125 and US$200. That`s a good advantage for another country to business with Iran.

The other thing that should be highlighted is that Iran has high-quality products at a reasonable price. This is due to the fact that this country has several natural resources.

Iran, with an area of 1 .64 .196 sq km and nearly 80 million citizens, is located in South -West Asia. The country`s neighbors are Turkey and Iraq to the west, Afghanistan and Pakistan to the east, Armenia, Azerbaijan, Russia, Kazakhstan and Turkmenistan to the north and Kuwait, Saudi Arabia, Qatar, Bahrain, United Arab Emirates and Oman to the south, separated by the Persian Gulf and the Sea of Oman. Moreover, Iran as a strategic country has got common borders with the states of ESCWA to the south and west, SAARC to the east and CIS and Caucasus as well as UNECE to the north. The country is regarded as one of the richest countries in hydrocarbon resources such as oil, gas, arable land, agriculture, and minerals such as zinc and iron ore.

Thus, it ranks second in the world in gas reserves and export as well as second in the export of crude oil. According to the reports of international institutions like the World Bank, Iran scores the eighteenth out of twenty outstanding economies with having more than 700 billion dollars as the GDP.

The Gross Domestic Product (GDP) in Iran was worth 426 billion US dollars in 2014. The GDP value of Iran represents Around 0.60 % of the world’s economy. The GDP in Iran averaged 442,13 billion USD from 2006 until 2014, reaching an all the time high of 593 billion USD in 2011. (The Iranian GDP reported by the Central Bank of Iran and extracted from Tradingeconomics.com and controlled with other sources).

The Iranian GDP – in Billion USD

According to mentioned parameters, by communicating and trading with Iran, you can get diverse and best quality products at the most affordable price. eMasterTrade Co. providing services for exporting products, organizing business tours and dispatching and accepting business boards. Get acquainted with new opportunities for providing products and services at affordable prices and quality, get acquainted with the production facilities of Iranian manufacturers, negotiate business meetings and find a business partner tailored to your needs. You can contact our experts by submitting a quotation request on our website. Our experts will respond to your request as soon as possible and provide the right supplier with your request.