IRAN-OMAN B2B EVENT In this event, companies with the potential to produce high quality products, equipped with the
Selected Articles

Getting familiar with Iran

Iran is a county in southwest Asian, country of mountains and deserts. Eastern Iran is dominated by a high plateau, with large salt flats and vast sand deserts. The plateau is surrounded by even higher mountains, including the Zagros to the west and the Elburz to the north. 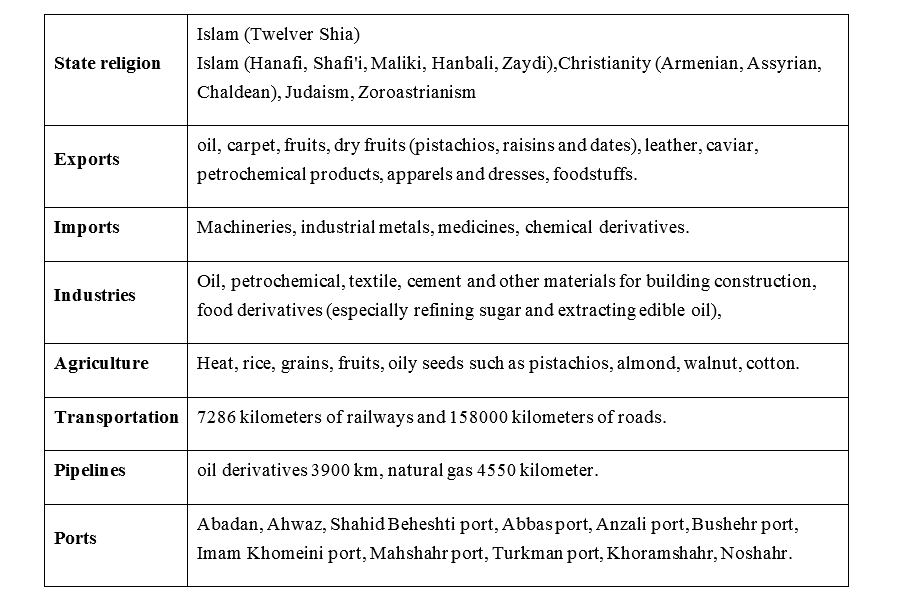 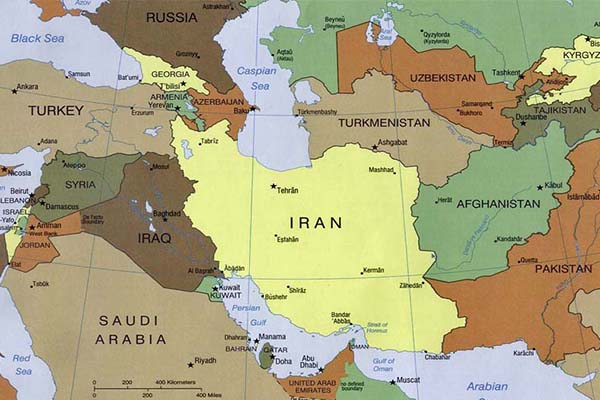 Iran is a county in southwest Asian, country of mountains and deserts. Eastern Iran is dominated by a high plateau, with large salt flats and vast sand deserts. The plateau is surrounded by even higher mountains, including the Zagros to the west and the Elburz to the north. Its neighbors are Turkmenistan, Azerbaijan, and Armenia on the north, Afghanistan, and Pakistan on the east and Turkey and Iraq on the west. Tehran is the capital, the country`s largest city and the political, cultural, commercial and industrial center of the nation. Iran holds an important position in international energy security and world economy as a result of its large reserves of petroleum and natural gas. 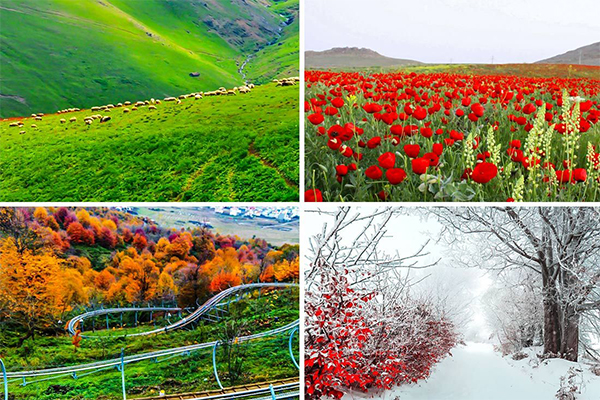 The eastern and central basins are arid, with less than 200 mm (7.9 in) of rain and have occasional deserts.  Average summer temperatures exceed 38 °C (100.4 °F). The coastal plains of the Persian Gulf and Gulf of Oman in southern Iran have mild winters and very humid and hot summers. The annual precipitation ranges from 135 to 355 mm (5.3 to 14.0 in).

Recent archaeological studies indicate that as early as 10,000 BC, people lived on the southern shores of the Caspian, one of the few regions of the world which according to scientists escaped the Ice Age. They were probably the first men in the history of mankind to engage in agriculture and animal husbandry. 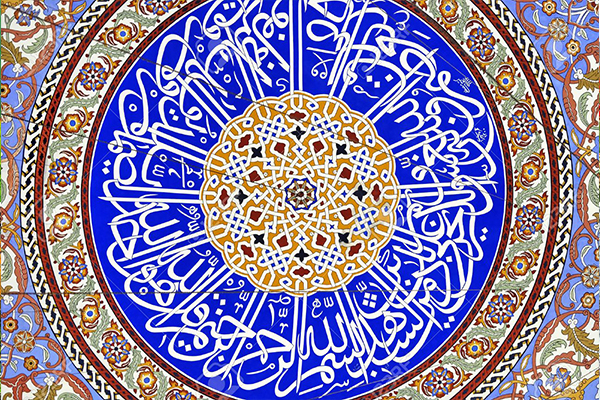 Official language (of Iran) is Persian. Next to Persian, there are many publications and broadcastings in other relatively popular languages of Iran such as Azeri, Kurdish and even in less popular ones such as Arabic and Armenian. Many languages originated in Iran, but Persian is the most used language. Persian belongs to the Iranian branch of the Indo-European family of languages. The oldest records in Old Persian date to the Achaemenid Empire and examples of Old Persian have been found in present-day Iran, Iraq, Turkey, and Egypt. Persian is spoken today primarily in Iran, Afghanistan, and Tajikistan, but was historically a more widely understood language in an area ranging from the Middle East to India, significant populations of speakers in other Persian Gulf countries, as well as large communities around the World.
The name of the modern Persian language is sometimes mentioned as Farsi in English texts.

Human beings are members of a whole, In the creation of one essence and soul. If one member is afflicted with pain, Other members uneasy will remain. If you have no sympathy for human pain, the name of human you cannot retain. These verses by great Iranian poet Sa’di is written in entrance to the Hall of Nations of the UN building in New York.
We can distinguish two periods of Persian poetry: one traditional, from the tenth to nearly mid, twentieth century; the other modernist, from about World War II to the present. The culmination of Persian lyric poetry was reached about a hundred years after Sadi with Hafez, the most delicate and most popular of Persian poets.

Iranian official calendar, regulate according to Solar year & Iranian months.21 March, equal 1 Farvardin, is beginning of Iranian New Year, also in Iran, Lunar calendar announces officially. The lunar year is 10 days less than Solar year, so days of performing religious rites, that adjust according to Lunar calendar, each year is different from next & former years, therefore it recommended to tourists that arrange their proper traveling time with related agency. Especially in Ramadan month that Muslim Iranian, are fasting and in Muharram are mournful, so these situations influence on daily and current activities and some days in these two months are public holidays. Friday is an official holiday.

Iranian culture has long been a predominant culture of the Middle East and Central Asia, with Persian considered the language of intellectuals during much of the 2nd millennium, and the language of religion and the populace before that. The Sassanid influence carried forward to the Islamic world. Much of what later became known as Islamic learning, such as philology, literature, jurisprudence, philosophy, medicine, architecture and the sciences were based on some of the practices taken from the Sassanid Persians to the broader Muslim world.